Frankfurt, a central German city on the Main River, is a major financial hub. It’s the birthplace of writer Johann Wolfgang von Goethe, whose home is now the Goethe-Haus museum – which, like much of the city, was destroyed during World War II and rebuilt afterward. The reconstructed Altstadt (Old Town) is home to lively Römerberg Plaza, which hosts an annual Christmas market.

To celebrate a successful year, our company was taken to Frankfurt as a little treat! There’s not much to say besides it involved lots and lots of drinking and dancing at a famous club called Cocoon. Unfortunately I think it has closed down now which is a shame as it was one of the best clubs i’ve been too. 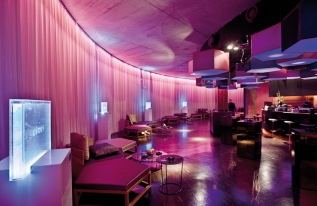 A memory that sticks in my mind is a little walk across the hundred year old Iron Eiserner Steg Bridge in the heart of Frankfurt. As I walked along I noticed hundreds of engraved locks all over the bridge! The idea is that sweethearts’ names or initials are inscribed on the padlock which is then locked on to the bridge, and its key thrown away to symbolise unbreakable love. There are many of these ‘love lock’ bridges dotted around the world such as France, China, USA to name a few.

We spent one day walking around the city and stumbled across one of the markets. There was one stall with an amazing nut selection. I may have to go back one day just for that…although I think I put on half a stone in 2 days from those nuts so maybe not…. 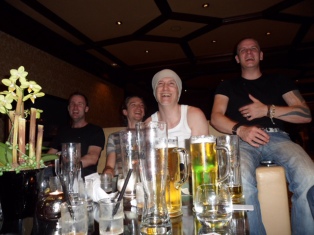